Gangs in Prison and Jail and How to Deal with Them

Perhaps one of the most beneficial training's I received in my law enforcement career was working inside the Los Angeles County jail system as a deputy sheriff. Prior to my joining the Los Angeles County Sheriff's Department my experiences with correctional facilities was picking up a fugitive from a jail/prison and returning them to Illinois, or booking an arrestee and leaving.

My experience with gangs in a prison began as an investigator with the Illinois Department of Corrections monitoring gang members activities on parole or investigating prison escapes facilitated by gang members and assisting with crimes they committed while incarcerated.

As a Los Angeles County Sheriff's Deputy, I was assigned to the Hall of Justice jail, which consisted of a jail facility from the tenth to the fifteenth floors. In this facility all high-profile inmates, all male gay inmates, and mainline inmates were housed. Any gang member that was appealing a case from prison was housed at the Hall of Justice.

I had to learn how to communicate with the inmates and the deputies as well. At any given time, an inmate could turn on you. Various methods of assault were physical assault, throwing urine or feces at you from their cell, or verbal assault.

The Penitentiary structure is different than street structure because some places are more active than others. An order or scroll can be sent down from one facility to another usually inside bibles where people write down the lit or gang rules or structure where the pages join or the binding.

Every street or prison gang has their own structure. There is a distinct difference between a street gang and a prison gang. Prison gangs are predominately based on race and more organized because they are in one place. Street gangs have a looser structure, but law enforcement tends to feel street gangs have no hierarchy or composition. That is false.

Gangs and/or the inmates control the prison environment. One of the main reasons are compromised staff and correction officers who are severely under paid and over worked. Gang members see a sloppy looking, laid back, or lazy/angry officer and they approach them in attempt to turn or use them.

Gang members are taught to do their time, don't talk to staff, do not rat, remain loyal to your race, and ask or receive permission to do anything outside the realm of the gang. Retaliation is swift, targets are normally a shot caller, and there are influences outside prison. They use outside facilitators, women, correctional officers, and family members.

They use cash payments and financial transfer services/Pay Pal or Western Union. Incarcerated gang members use contraband cellphones to facilitate transfers of money, warn of police investigations, order hits, and identify "snitches," corrupt correctional officers are paid this way to bring in drugs and cellphones. Violence and extortion is used to gain status and/or cooperation

There are different types of inmates. There are the mainline inmates, which involves gang members and inmates just wanting to serve their prison time. There are trusties, who because of their minimal sentence and nonviolent crime are allowed to roam the facility. There are inmate workers, who have certain assignments within the facility and outside the facility monitored by correctional officers. There are orderlies and "run arounds," who can travel throughout a prison/jail facility, and in most cases are the eyes, ears, and couriers for the gang members.

Inmate letters are written and passed in various ways called "kites." They are internal jail requests. There are two types of kites. The first type is to see an administrator or officer, and the second are used as mail between inmates. The latter are usually written in small print and rolled or creased into a very small bundle and can be secreted inside their mouth, cuff of their pants, or inside a body cavity.

Gang members communicate in several ways. Most gangs have their own coded system, which can consist of practically anything such as runic letters below. 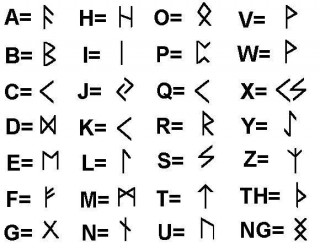 Street and prison gangs have hand signs, which is non-verbal communication. They can form letters and numbers with their hands or fingers like the Insane Spanish Cobras, where the hand looks like a cobra snake coiling. 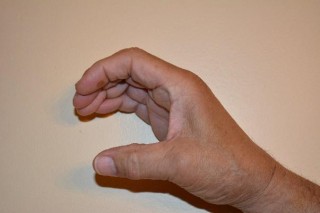 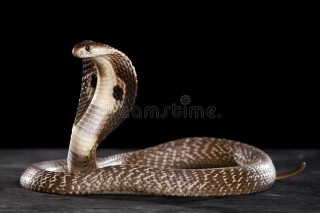 Gang members/inmates have the right to telephone calls that are monitored by tape recording. However, gang members knowingly use the telephone for gang business.

Gang mail is very important, and the facility has the right to monitor what comes in and goes out. The telephone calls and mail are very important in gang related or gang motivated crimes.

Graffiti inside prison/jail marks territory inside that facility and is a motivational tool for a gang to see their graffiti.

In any jail/prison setting there is violence. There is a psychology to that violence. Word travels and the philosophy is an eye for an eye. A target is chosen, and that target is "rocked to sleep," which means someone they trust turns on them. Most gang hits go after a shot caller, and there is a gang member who makes the weapon (shank) and keeps them hidden until the attackers are ready. There are normally three attackers, and one is a lookout, and the attackers use thrusting movements depending on the "shank." The motive can be stepping on someone's shoes, crossing into another gang area without permission, rival vendettas, or looking at someone wrong.

When de-briefing, interviewing, or interrogating a gang member inside prison/jail there are rules. Gang members are very protective and suspicious of a member when a correctional officer tells them to report to an interview room. For safety reasons you must other inmates from that area. You must talk with them, not to them. You must listen more than you talk, write down or record what they say (ask them if you can record them, some will say no, respect that and they will talk more). Refer to your notes later, but don't let another inmate see your notes from other interviews.

Before an interview ask them if they are ok, do you need medical attention? Are you hungry or thirsty? Asking questions about their wellbeing sets the table and lets them know you are there to help them, not out to get them. Also having a honeybun always helps. Inmates love them.

Even if the inmate tells you nothing delay returning them quickly, so it is harder to pick out which inmates snitched. If you offer them McDonald's, Pizza, or Chinese Food have a change of clothes for them and a toothbrush and toothpaste from the facility. Inmates can smell the "bribes" you offered. Never offer them a hot drink. If I had a high-profile confidential source inside prison/jail, I would have them sent to an uninhabited part of the facility.

Know the officers, those on shift and those off duty. They know these inmates' behaviors, associates, arguments, and they can probably tell you why an incident occurred.

One very important aspect of interviewing gang members inside prison/jail is corrupt employees. Criminal justice professionals are trained to be nosey, but we are not trained how to stop talking about and to each other!

Gang members in custody are not entitled to privacy! You can search everything! If you are assisting with a cell search, you can't read legal papers, but you can search it. Look for contraband tucked between pages, behind labels, stamps, and in bindings. If there are any religious items look between pages, in the spines of books, rolled up in prayer rugs, in religious clothing or accessories.

When assisting correctional officers conducting cell searches you must go from cell to cell and all common areas. You must check air vents, and ceiling hatches, poke at aging "caulking" or "repaired walls". If it smells "minty fresh" you have a "hidey hole" nearby! You must look at the walls and ceilings. If you see smudges or footprints climb up there! Don't ignore it thinking "they can't climb up a 15-foot wall," they did, that is why the footprint is there. Double check the kitchen, laundry, trash, and even sewage lift stations. Most facilities have a sewage filtration system that is probably where the weapon will end up.

Most jails/prisons are overcrowded. Sentences are steep with very young offenders given life sentences without parole. In the prison environment gangs stay within their own races. White inmates with gangs like the Aryan Brotherhood or Dead Man Inc. African American gangs like the Black Guerilla Family, DC Blacks, and street gangs such as Bloods and Crips. On the west coast, Bloods and Crips adhere to rules of the Black Guerilla Family, but on the east coast the Black Guerilla Family is both a prison and street/drug gang. Latino gangs on the west coast like the Mexican Mafia and Nuestra Familia, in Texas like the Mexikanemi (Texas Mexican Mafia) and Barrio Azteca, and the east coast like the Almighty Latin King Nation, Neta and the Trinatarios. Gang recruitment is immediate if the inmate is not a member of a street gang. The primary reason a non-gang inmate joins is survival.

Identifying gang members in custody begins in processing and booking. Officers must be aware of what to ask and have some knowledge of gang tattoos and symbols. Most jails/prisons have a Gang Unit or Security Threat Group Unit who must be notified. They have interview to validate the gang member. But remember gang members will lie!

To effectively control the gang population in custody investigators must have confidential informants. These informants live in the housing units and know the dynamics of their housing unit or cellblock. These informants will normally give information to beat open charges, give information on rival gang members, or they respect you. Some gang members will only talk after they are arrested. You must devise a plan for that inmate. When they come down to talk to you, have a dummy warrant, or fake doctor's orders.

Some informants will ask for money put on their commissary or the telephone. These informants are just like a CI on the street. They belong to you!

The one thing I learned above everything else working inside the Los Angeles County jail system is to keep your word. Never promise a gang member something you cannot keep just to gain information. Your reputation will disappear. Every inmate in custody is not a gang member, and most inmates don't like gang members, especially Muslim inmates.

Officer Safety is paramount to keeping alive. Staff is outnumbered, inmates do not like police or correctional officers, inmates will throw urine, feces, spit, or throw any abrasive materials at you. You must pay attention to your surroundings, and remember they live there… You don't. Always have your radio, listen to the inmates, watch their behavior, and look for "shanks."