Why Chicago is So Violent 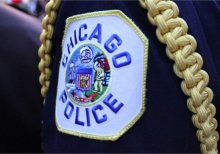 Chicago has always been a violent city. When I grew up there in the 1950s and 1960s, you had neighborhood gangs like the Deacons and 58th Street. Then when the Blackstone Rangers were formed in 1959, a new episode of gang violence began. I remember Englewood being a violent neighborhood growing up. And I remember taking the "El" train to 63rd and Halsted Street. I remember going to "lounges" ("clubs") between 75th and 79th and Halsted. There were places like The Green Bunny and The Skyway Lounge, and you could party without problems. Today that is not the norm. I remember working an off-duty security job in the mid-1970s for a sorority party on 79th and Halsted and some Disciples wanted to come inside. I knew some of them from the neighborhood, and they promised me they would behave. About 30 minutes after I let them in they left. I had gone downstairs to my car, and came back up, when two of the Disciples walked up to me, and handed me my wallet, which I had somehow dropped by the car. My badge, ID, and money were still intact. Today that is not going to happen.

I guess what I am getting at, is I don't know my hometown anymore. I remember when a promising basketball player named Ben Wilson was gunned down by Gangster Disciples in 1984. My partner, Ed Christian and I were assigned to assist the Chicago Police Department, and all of a sudden Chicago had a "gang problem." I've got new for you, Chicago has always had a gang problem, and it's not just Al Capone and Sam Giancana and the "Outfit."

Now Chicago's homicide rate is out of control. Since when has it been under control? Yes, the Chicago street gangs are wreaking havoc. They have always "wreaked havoc." This is not about "old school" gangsters coming out of prison and trying to re-establish themselves. It's about the youngsters having no respect for anyone.

They are many reasons why this has happened. Consider the following:

So the gangs have gone to other neighborhoods. Some of these neighborhoods were controlled by rival gangs, some were neutral. Either way, the displaced gang members from the high rises have tried to take over and that's led to violence.

There is absolutely no regard for life among the warring gangs of the Windy City. In recent weeks numerous innocent victims, some six years old or younger, have been killed by stray bullets. A teenage girl sitting on her porch struck by a bullet and killed.

People ask me all the time if I know a solution to the problems in Chicago. For the record, I don't.

People also say to me, "Well you don't live there anymore. So what do you know?" That may be true, but I go back three times a year; I also have friends and former co-workers who live there, and I worry about their safety.

A fraternity brother of mine recently told me about some young Gangster Disciples trying to take his cell phone at an "El" train stop. He fought them and they ran. A Chicago officer told him, "You are lucky they didn't kill you." He grew up in that very same neighborhood, and thought nothing of protecting himself.

Chicago is my hometown. It will always be a part of me. But the city is in trouble, and it will probably get worse before it gets better.